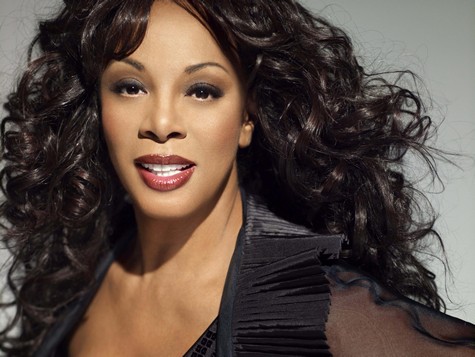 Janet Jackson
We will miss Donna Summer! She changed the world of music with her beautiful voice and incredible talent.

Fergie
Another one of my vocal idols has passed... RIP Donna Summer.

Elton John
I'm so sad. This woman was the queen of disco and so much more. Her records sound as good today as they ever did. That she has never been inducted into the Rock and Roll Hall of Fame is a total disgrace, especially when I see the second-rate talent that has been inducted. She is a great friend to me and to the Elton John AIDS Foundation and I will miss her greatly.

Ryan Seacrest
I remember sitting in the front seat of my mom's toyota while she sang Donna Summer's "she works hard for the money" songs were just classic.

Ellen Degeneres
I'm so sad about the news that Donna Summer died this morning. I was a big fan. I even used one of her songs in my show that airs today.

Janet Jackson
We will miss Donna Summer! She changed the world of music with her beautiful voice and incredible talent.

Dolly Parton
I can't believe we've lost another wonderful singer. Donna, like Whitney, had one of the greatest voices ever...

Natasha Bedingfield
just heard that #DonnaSummer died today. This is awful! She was so incredible. Her and her family are some of the most beautiful people.

Naya Rivera
Oh no. :-( we lost another legend. RIP Donna Summer. So sad